Have you ever wondered exactly why cigarettes are so addictive?

You suspect the nicotine is to blame—and it is— but that answer as a stand-alone may be too simplistic.

Cigarettes are so dangerously addictive because of the specific ways nicotine affects the brain.

Nicotine hijacks our brain receptors like a thief in the night and then holds them captive in a never-ending vicious reward cycle.

The truth is we have loads of research and proof to back up the idea that tobacco cigarettes are directly linked to bad health. There’s been information swirling around for decades attempting to arm people with the knowledge they need to kick the habit for good. So, why, do so many people still struggle with this addiction?

Keep reading to learn more and why premium cbd cigarettes might be the solution.

According to the Alcohol and Drug Foundation, nicotine is defined as a stimulant drug, that speeds up messages between the brain and the body.¹

As previously mentioned, it’s also known for being the reason that tobacco cigarettes are so dangerously addictive. I mean, let’s face it, people just wouldn’t continue to smoke something they understand is killing them unless there was a deeper physiological ordeal going on. An ordeal such as nicotine addiction.

Nicotine can be found naturally in tobacco plants, but can also be made synthetically and added to cigarettes in larger quantities.³

Consuming nicotine may have the following effects on your body:

While nicotine by itself isn’t something to be scared of, the fact that it is the main reason a large percentage of the population stays a slave to cigarette addiction warrants rightful concern.

How Does Nicotine Affect Your Brain?

In our brains, we have what is referred to as “nicotinic receptors.” These receptors exist for the neurotransmitter called acetylcholine. This acetylcholine is a chemical that directly affects our attention-span, memory, and our ability to cognitively process information.⁴

When nicotine is inhaled it gets delivered almost instantly straight to the brain via the bloodstream. After that, it’s distributed throughout the hippocampus and the prefrontal cortex which are covered in the nicotinic receptors.⁴

The nicotine actually imitates the neurotransmitter acetylcholine which allows it to fit into the receptors and instantly unleashes the same effects as acetylcholine but in a more rapid fashion.

One of these rapid effects is the release of dopamine.

When dopamine is released into the body, there is a reward and pleasure system that is activated within our brain, that is an instant satiating feeling. The increase of dopamine signals in the brain after a cigarette puff also adds fuel to the fire in terms of addiction. When dopamine is released it signals to the brain that whatever action the body has just committed, must be remembered, reinforced, and repeated. It instantly becomes reinforced by ques from the body and this makes the urge to resist next time that much harder.

This conditioning of the brain is the number one reason why people have trouble quitting smoking. It’s not for a lack of willpower. It’s not that these people are weak. And it’s certainly not because they don’t try.

Your brain is the command center for your body. You’d like to think you have control over it, and to a certain extent you do, but it’s important to stay aware of all the tricky ways in which you might be fooled into thinking you need to have that nicotine.

Nicotine And The Adolescent Brain

One reason why it’s so important to understand how nicotine affects the brain is because nicotine does different things to a young person than to an older person with a more developed brain.

Brain development doesn’t actually stop until around the age of 25.⁵ Exposure of nicotine to the brain during teenagehood can leave long lasting problems like more impulsivity issues and perhaps even mood disorders.³

When nicotine interacts with an underdeveloped brain, the chemical reinforcements have a stronger effect on the individual in question. This is why those who have been smoking since they were teenagers seem to have a tougher time of quitting than those who started as older adults.

The nicotine and tobacco statistics have always been a touch alarming. That’s why there are so many product lines on the market offering solutions to help smokers break the bad habit for good. Nicotine replacement therapy is designed to help those addicted to nicotine wean themselves off by providing nicotine through another source such as nicotine gum, or a patch.

Over the last year, however, there has been a snowballing trend of smoking CBD hemp flower. This new trend isn’t your typical nicotine replacement therapy because, well, there’s no nicotine!

Even still, many have successfully quit smoking tobacco altogether by choosing hemp instead. This method of quitting tobacco is also interesting because it allows you to continue the actual physical act of enjoying a smoke. CBD is known to have several therapeutic properties and many are speculating this makes it that much easier to make the change.

Although we’re aware there is a tobacco problem here in America specifically, the numbers are always a means to provide a wake-up call.

Here are some quick statistics straight from the CDC on current cigarette smoking among adults in the United States:

Smoking cigarettes is the leading cause of preventable death in established countries.² The first step in changing a habit that has its claws deeply embedded into your psyche is to learn about how it has a hold on you. Understanding logically how a stimulant like nicotine dictates your brain and keeps you going back for more is the beginning of learning the best way for you to break that cycle.

Feel so much better, and I only have to have, half of one! I am so grateful for this product! 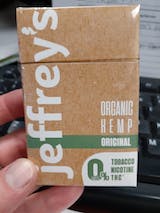 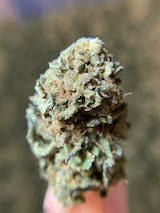 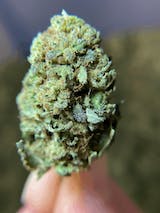 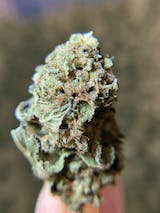